Hey everyone, my name is John Di Giacomo, and I am a partner at Revision Legal. At Revision Legal we handle Amazon related cases including disputes with Amazon through arbitration proceedings.

We’ve been getting a lot of contacts lately that have asked us what can I do when my Amazon account is suspended. There’s a lot of misinformation out there so I wanted to make this video to give others an idea of what is and is not possible and to help you better understand the position that Amazon takes with respect to the reinstatement of Amazon seller accounts.

Let me start at the top.

That’s a very important clause because under Washington law, contracts that are terminable at will, which that clause essentially means, can be terminated at any time without consequence.

For example, if you have a seller account and Amazon decides to suspend your account, they can affirmatively terminate that contract at any time. You have no recourse and you cannot ask for the reinstatement of your account.

This has been confirmed both at the district court level in the state of Washington and in the Ninth Circuit Court of Appeals. This is important because Amazon’s arbitration clause says that the contract is subject to Washington law, which means that Washington law controls, and also that all disputes have to be brought through arbitration.

While Hard to Find, tried to work it out with Apple, and ultimately they did and then requested that their account be reinstated with Amazon. And of course Amazon fought them on that because Amazon didn’t want them on their platform. So a fight ensued in the district court in Washington. And ultimately the court held that Amazon had no requirement to reinstate that seller account because the contract was terminable at will.

So what does this mean? Well, number one, it means that anyone who’s trying to tell you that they can give you a guarantee that your account will be reinstated, are selling you snake oil.

It is not possible.

Now do we see account reinstatements? Yes we do. But it has to be handled very carefully because Amazon has the full right and ability at least as of now, to terminate those accounts and keep them terminated. However, if you file an arbitration proceeding against Amazon, you can seek your damages.

So the fact that Amazon can terminate your seller account does not necessarily mean that you will lose the money that is contained within that account or that you may have no remedy. So there are some options for you.

However, reinstatement is probably not an option that you can force. And I think it’s important for the public and for sellers to understand that so that you can make decisions about your business that are better informed.

And ultimately, if you have an intellectual property issue as opposed to a standard contract or a seller issue, you may have an alternative remedy. Amazon’s operating agreement has a carve out for claims of intellectual property infringement. So those claims may not be subject to arbitration. And if you believe that you may have an IP related claim, it might be something worth looking at.

I hope this has been helpful for you. Again, my name is John Di Giacomo. I’m a partner with Revision Legal. I hope you have a safe and happy business relationship with Amazon. 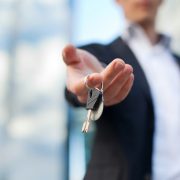 3 Reasons Amazon Shouldn't Be Your Only Sales Channel 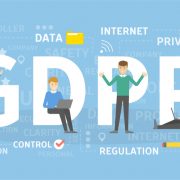 When is it “Necessary” to Process Personal Data Under GDPR?

Why Businesses Need an Internet Attorney 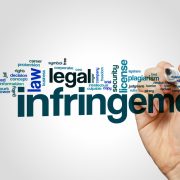 Is Someone Illegally Using Your Trademark? The 8 Factor Trademark Infringement Test

How to Sell Your Business: 6 Mistakes to Avoid When Selling Your Online Business

What SaaS & E-commerce Companies Need to Know About Payment Facilitator...