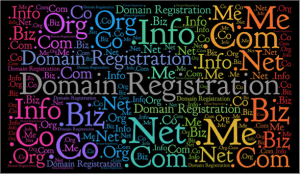 Second, the complainant must prove that the registrant does not have rights or legitimate interests in the domain name in question. The question here is has the registrant made a fair use or a bonafide use prior to the creation of this dispute. Sometimes panelists will look at is the domain name itself. Is it descriptive, is it generic, was it used prior to the acquisition of trademark rights by the complainant?

Those are some of the things that are taken into account. The third element of a UDRP dispute is whether the domain name has been registered and used in bad faith. This is a conjunctive requirement; meaning that registration and use in bad faith must occur at the same time. For example, bad faith typically cannot arise after registration if the domain name was registered in good faith.

If a domain name is initially registered in good faith and later the registrant or the respondent decides to place pay per click ads that are directly competitive with the complainant on the website it won’t be enough. Again this is an arbitration proceeding so the precedent isn’t really there. Sometimes the prior statement that I just made may not be true. It really comes down to the panelists but as a general rule bad faith typically cannot arise after registration.

The ACPA requires a plaintiff to prove that the defendant had a bad faith intent to profit from the use of a mark in a domain name and that the defendant registered, trafficked in or used a domain name that is either identical or confusingly similar to a mark that is owned by the plaintiff, is dilutive, meaning it dilutes a famous mark or that the mark is otherwise protected under the ACPA.

This typically is in a case of an Olympic mark or the marks of the Red Cross. Both of those are kind of carve-outs to the ACPA that almost get a special status. Let’s talk about bad faith. What is bad faith under the Anticybersquatting Consumer Protection Act? Bad faith is a question of several factors and these factors are not exclusive.

These are the types of things courts look at in an ACPA claim. Third, ACPA courts will look at the defendant’s prior use of the domain name in connection with a bonafide offering of goods or services. Did the defendant use this domain name for legitimate purposes or are they simply cybersquatting? Are they simply warehousing domains or are they just selling goods or services under what they believe to be a descriptive or generic term?

Another element is the defendant’s intent to divert consumers from the mark owners on that location to its own or to some other third party site. This is typically an element in a typo-squatting case which is a case where a defendant uses a typographical error of the complainant’s mark to refer traffic to a third party website for the purpose of commercial gain.

The next element is the defendant’s offer to sell the domain name. Typically offers to sell if they’re greater than out-of-pocket costs will be seen as a large bad faith item. The next question is has the defendant provided false or misleading contact information within the “Who Is” database. When you look at the “Who Is” record associated with the domain name did the defendant provide false or misleading contact information?

Are they using a privacy protect service? These are the things that courts look at. The next question is did the defendant warehouse domains? Does the defendant have a large portfolio of domains containing the trademarks of others? Does he or she have thousands of domain names used to siphon off traffic from popular websites? These are the types of questions asked under this element.

Finally, again these are not exclusive but the last element that’s listed in the ACPA is the strength of the mark of the plaintiff. Is the plaintiff’s mark descriptive? Is it generic? Or is it arbitrary or fanciful or suggestive, the kind of more distinctive categories of trademarks within the trademarks spectrum.

UDRP, Uniform Domain Name Dispute Resolution Policy filing fee is around the $1,300 – $1500 dollar mark. In contrast ACPA, Anti-Cybersquatting litigation can be incredibly costly. Costs can range anywhere from $20,000 dollars for a very brief ACPA lawsuit all the way up to a million dollars depending on the number of domain names and the scope of discovery. In limited cases, ACPA lawsuits may be taken on contingency basis.

Additionally UDRP remedies include only two very limited remedies. You can either have the domain name transferred to you or you can have the domain name cancelled. The ACPA in contrast allows a plaintiff that is successful to gain up to $100,000 dollars in statutory damages for cybersquatting. If you can prove certain cybersquatting elements you can get up to $100,000 dollars in damages.

Additionally the ACPA allows for court and attorney’s fees. Though the ACPA has a lot of costs that go with it because it’s a federal court claim it also has a lot of benefits. It’s important to if you’re deciding what route you should go to talk to an attorney about these issues because a good attorney will tell you what you’re return on investment is, either under the Uniform Domain Name Dispute Resolution Policy or under the Anti-Cybersquatting Consumer Protection Act.

If you need assistance with a cybersquatting issue, a UDRP or ACPA case, please use the form on this page or contact us at 855-473-8474.

Editor’s Note: This post was originally published in August, 2013. It has been updated for accuracy and comprehensiveness.