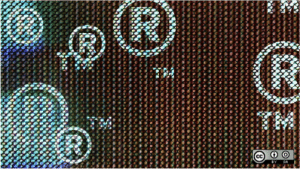 Imagine this: Shortly after receiving notice from the US Patent & Trademark Office that your trademark application has been approved, you get another letter in mail. This letter offers to register your newly acquired trademark with US Customs & Border Protection services. The letter alleges that by registering with Customs, a database will be used to screen and block imports of any kind that house products infringing on your trademark and prevent them from entering the country. The company sending you the letter further claims to offer a trademark infringement monitoring service to keep you updated on whether or not there are any threats to your trademark. Sounds like a good idea, right?

Unfortunately for many, they too thought this was a good idea and sent money to the “company” making the offer with the hopes of now having their trademark registered with Customs and constantly monitored. What they didn’t realize was that it was all a scam.

On October 9, 2015, Artashes Darbinyan from California was charged before a Grand Jury in the United States District Court for the Central District of California, with twelve counts of mail fraud and four counts of aggravated identity theft. At present these are only allegations; the accused has not been found guilty of any of the above-mentioned crimes. Darbinyan’s case is set to go to trial in March of this year.

It should be noted that a trademark owner can register their trademark with US Customs & Border Protection and that Customs does scan imports for trademark infringements using an Intellectual Property Rights Recordation (“IPR”). However, doing so has a minimal cost to the trademark owner (approximately $190) and does not include any kind of additional monitoring service.

According to the Grand Jury file, Darbinyan owned and operated the ‘Trademark Compliance Center’ and the ‘Trademark Compliance Office’ between September 2013 and September 2015. It was under the names of these companies that he solicited individuals and offered his infringement monitoring services. An element to the allegations against the accused is that Darbinyan solicited clients with zero intention of following through on his promises; this is why there are so many mail fraud charges brought against him.

The Grand Jury file goes on to explain that should the accused be found guilty of the charges brought against him, Darbinyan will be forced to give up any property owned, real or personal, which constitutes or is derived from proceeds of the fraud. The property forfeited would include a money judgment of no less than $1,850,000.00, which is a representation of the amount of proceeds obtained in the scam.

A plea bargain between Darbinyan and the Attorney General can be entered into at any time before the beginning of the trial. At present there is no word as to whether or not discussions between the two sides have been initiated.

For more information about the case of US v Artashes Darbinyan, any other trademark scams, or how you can protect your intellectual property rights, contact Revision Legal’s Trademark attorneys through the form on this page or call 855-473-8474.