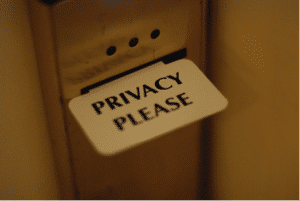 Is this “newsworthy”? After over three years of trying to reach a settlement on their own, Hulk Hogan, whose real name is Terry Bollea, is taking Gawker Media to court for $100 million. Jury selection started the first week of March, with the trial to begin the week after. Hulk Hogan is claiming an invasion of privacy on the part of Gawker over a tape showing him having sex with a friend’s wife.

Since the trial is yet to begin it’s difficult to know what, if any, precedent setting value this case may have, either in the State of Florida or at a national level. But it will force the Florida court to confront what is a “legitimate public concern” and provide more direction on the term. In Florida, private information can only be published if it is a “legitimate public concern”; in other words, if it’s “newsworthy.” According to Wired, this is often determined on a case-by-case basis. The courts consider factors such as the extent to which the individual became famous voluntarily, the depth of intrusion into the individual’s private life, and the social value of the information. Whether or not this sex tape fits the bill is now in the hands of the court.

The case will test the limits of the First Amendment protections offered to journalists and challenge just how lenient the courts should be with them. If Hogan wins, some journalists may think twice before publishing an article or posting a video clip. However, if Gawker wins, it may not only provide comfort to journalists but it could give them an incentive to push the bounds a little further and see just where the line between acceptable and going too far lies.

The definition of “newsworthiness” seems to vary across the US. It’s no surprise that this is not the first time a sex tape scandal has come before the courts. In 1998, the California District Court dealt with the Pamela Anderson and Bret Michaels sex tape issue. In that case, the court held that the tape itself could not be posted because it violated copyright law. However, the fact that such a tape existed could be publicized and was deemed “newsworthy.” In a case before the US Supreme Court in 2001, the court considered publication of an illegally obtained video showing the conversation between a teachers’ union negotiator and the union president. Here the court held that the media has the right to publish information that is of a legitimate public concern. The court also found that in this particular instance, the media company had not been involved in any illegal taping but had simply obtained the video from an unknown source, resulting in zero barriers to the video being posted. In a concurring opinion to this case, two justices suggested that sex tapes would not receive the same consideration and were not newsworthy.

Whether or not the Florida court will follow the concurring opinion of the Supreme Court is up to them, and given the celebrity status of Hulk Hogan, everyone will be watching them very closely.

For more information regarding First Amendment rights and its relation to invasion of privacy, contact Revision Legal’s Litigation attorneys through the form on this page or call 855-473-8474.