Most businesses are familiar with basic US business contracts and with the Uniform Commercial Code (“UCC”). Unless your business involves a significant component of international transactions, you may not be familiar with the Convention/Contracts for the International Sale of Goods (“CISG”).

CISG law and CISG forms govern international sales of commercial goods, but not services, including all transactions between the US, Mexico, and Canada under the North American Free Trade Agreement (“NAFTA”).

Here is a quick rundown.

What is the Convention/Contracts for the International Sale of Goods?

The Convention/Contracts for the International Sale of Goods is an international treaty signed in 1980 in Vienna which came into effect in 1988. Currently, 89 nation states are signatories to the CISG including, as noted, the United States, Mexico, and Canada. The significant non-signees are the United Kingdom, India, Hong Kong, Taiwan, many nations in the middle east, South Africa, and many other African nations.

For signatory nations, the CISG governs contracts of the sale of commercial goods between parties whose places of business are in different nations. The CISG can also be specified by contracting parties as the choice of law. Thus, CISG rules can govern international contracts even if one or both parties are from non-signatory nations. Of course, parties can opt out via contractual provisions. As noted, CISG does not apply to services and does not apply to most personal, family or household goods. Thus, CISG provisions generally do not apply to consumer goods bought on the internet and shipped business-to-consumer from overseas (but CIGS protocols might apply if products are shipped in quantity business-to-business). There are various other exclusions including ships and aircraft.

History of the Convention/Contracts for the International Sale of Goods

CISG was developed by the United Nations. See UN Information page here. Like the Uniform Commercial Code (“UCC”), CISG is a set of uniform rules with respect to international commercial transactions. Like the UCC, CISG applies to the sale and purchase of goods and, unless excluded by the express terms of a contract, CISG law is presumed to be incorporated into the contract. Like the UCC, CISG is intended to supplement the domestic commercial codes of the two countries involved providing “default” provisions where the commercial contract is silent as to some circumstance.

Important Differences Between the UCC and CISG

There are significant and important differences with dealing with international trade under CISG versus domestic transactions under the UCC.

Second, with respect to the “battle of the forms,” the UCC uses a “knockout” protocol and the CISG uses a “last form sent” protocol. Under the UCC, if buyers and sellers are using their own different forms — maybe per their local business practices in various parts of the US — the UCC favors contract formation even though there are difference between the forms. If performance starts, then the contract is considered “formed.” Where the buyer’s and seller’s forms are different, those parts of the forms are considered “knocked out” and unenforceable.

Likewise, the CISG regime favors contract formation even if the seller and buyer are using different forms (although the differing forms must have substantial similarity). However, under the UCC “knockout” protocol, the CISG honors the “last-form-sent” protocol. A form that is sent in response to a first contract form is considered a counter-offer. If performance commences, then under CISG, the contract being performed in the counter-offer (the “last-form-sent”).

This can be extremely important for many reasons. For example, the CISG does not provide a statute of limitations; thus, any limitation period is supplied by the laws of the signatory nations of the contracting parties. Which nation’s laws applies may depend on which form is deemed to be the “contract.”

However, as with most contract drafting, the best practice is to insert clear provisions in the contract itself. Something like this as quoted in Basic Engineering, Inc. v. Commission of Internal Revenue, Docket No. 27691-13 (US Tax Court, 2017):

“This Agreement shall be governed by, and construed in accordance with, the laws of the Republic of Austria including the UN Convention on Contracts for the International Sale of Goods of 1980 (CISG). The Parties’ rights and obligations with respect to title to and security interests in the Equipment shall be governed by the law of the jurisdiction in which such Equipment is located.”

A US Case Example

For a case showing a representative example of how US court apply and interpret the Convention/Contracts for the International Sale of Goods, see Chicago Prime Packers, Inc. v. Northam Food Trading Co., 408 F.3d 894 (7th Cir. 2005).

In that case, the plaintiff — a Colorado corporation doing business in Chicago — sold 40,500 pounds of pork back ribs to Defendant Northam — an Ontario, Canada corporation. However, such were spoiled, according to Northam, upon arrival. Northam refused to pay for the ribs and Chicago Prime filed suit in the federal district court for the northern district of Illinois. All parties and the court agreed that the provisions of the CISG applied. At trial, the district court ruled in favor of the plaintiff because Northam did not prove that the port ribs were spoiled.

On appeal, Northam argued that the burden should not have been placed on it — the buyer — to prove non-conforming goods. The Seventh Circuit affirmed. The court began from the principle that CISG did not state who — the buyer or the seller — had the burden of proving that the goods delivered were non-conforming. That being the case, the court compared the CISG to the UCC. The court stated:

The court then went on to show that, under the UCC, the buyer bears the burden of proving nonconformity. UCC § 2-314 provides that goods are warranted to be “fit for the ordinary purpose for which such goods are used” unless the contract states otherwise. Article 35(2) of the CISG provides that “goods do not conform with the contract unless they … [a]re fit for the purposes for which goods of the same description would ordinarily be used” unless the contract states otherwise.

The court then reasoned that, since the CISG is similar, a similar result should apply in terms of how one bears the burden on the question of nonconformity. As such, the Seventh Circuit affirmed that the district court was correct to conclude that Northam bears the burden of proving that the ribs were spoiled at the time of transfer.

The Importance of Non-Compete Agreements

What You Need to Know About Business Contracts

Businesses Must Prepare For Data Breaches 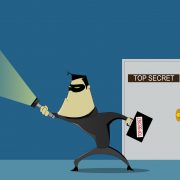 New York Privacy Act: What You Need To Know