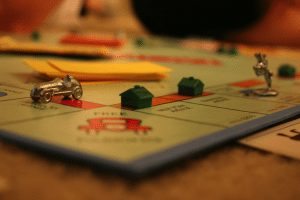 Did you ever play that infamous game called Monopoly as a kid? If you did, were you ever any good? There are lots of different versions in existence today, but the idea is always the same: whoever can claim the most locations and put down buildings and hotels will often come out the winner. Everyone else will end up broke, fearing their next turn and constantly hoping to land on “Free Parking.” The Internet has forever been our “Free Parking.” We have had limitless knowledge at our fingertips with the click of a button or tap of our finger and all we required was an Internet connection or data; access to the information itself was virtually free.

Already, this free resource is disappearing, and it’s only going to get worse. Almost a separate concern from the privacy and security issues surrounding the Internet of Things is the monopolization of it. Jeremy Rifkin’s newest book, The Zero Marginal Cost Society: The Internet of Things, the Collaborative Commons, and the Eclipse of Capitalism looks at the monopolization that has already started and paints a picture of how the world may look 25 years into the future. An excerpt from his book can be found all over the Internet, for free, including on popular news sites such as the Huffington Post. Rifkin’s book identifies that three main stakeholders – the government, private sector industries, and civil society – have, until recently, managed the Internet and Internet of Things. Initially there was an idea of network neutrality, which provided for an open, universal communication platform where everyone interested in participating could have equal access and inclusion.

Today, major network providers are trying to change the rules to allow them to control, for commercial gain, information that is exchanged using the Internet of Things. This would allow companies to charge a fee for access to specific information. They would also be able to prioritize transmission of data so that those willing to pay the biggest dollar would have access to better speed, while those less fortunate could be left with something similar to dial-up. Networks could also charge application fees to some providers, while blocking other providers from appearing on their network. This is similar to how hockey games and other sports are only shown on certain TV stations and not others: only specific stations have the rights to show that game.

Network providers are not the only ones looking to make a buck. Major Internet companies are looking to cash in on the opportunity for increased profits as well, including companies such as Google, Facebook, and Twitter. These major companies are selling the massive volumes of data they possess to other businesses where it will be used for targeted advertising and marketing campaigns, among other things.

There is one other major form of monopolization taking place using the Internet of Things, based on the excerpt from Rifkin’s new book, and that’s corporate monopolies in virtual space. This refers to the fact that Google enjoys a market share of 67% among search engines in the US, 93% in Germany, 89% in the UK, and 95% in France, as of 2013. Facebook holds 72.4% of the global market share for social networks. And when it comes to shopping, everyone’s favorite is Amazon, where one out of three online users are reported to start their product searches.

Unless governments are willing to step up to the plate soon, or civil society starts taking a more active role in where the Internet of Things is heading it may be very near in the future that our Monopoly skills are put to the test as we strain to hold on to a source that not many of us know how to live without.

You can read more about the IoT and monopolization in Internet of Things Series I and Series II, or contact Revision Legal’s Internet attorneys through the form on this page or call 855-473-8474.