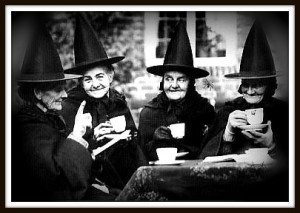 Basically, if Joe suspects Andy of libel, Joe should be able to prove that Andy told a lie about Joe to a third party, and that the lie Andy told caused Joe harm.

There are some exceptions to this basic premise that can prevent a case from being successful. State laws vary, but in many cases, there are situations in which Andy can claim he had the right to tell that harmful untruth about Joe. For instance, if Andy was testifying in a trial or before a legislative body, his statements would be under oath, and so presumed to be true. Therefore, Andy’s statement could not be defamatory because defamation, by definition, has to involve an untruth (in this situation, Andy could be facing perjury charges before any defamation claims could be brought, if he was aware that his testimony was false). Or, if Andy was talking to his spouse in the course of telling a lie about Joe, Joe could not use that conversation to prove defamation. Expressions of opinion are also not considered to be defamation. If Andy said that Joe’s shoes were the ugliest in the world, Andy could not be held liable for defamation because his opinion of Joe’s shoes is just that: opinion. All of these examples fall under the category of “absolute privileges.”

“Qualified privileges” are sometimes available as defenses to defamation charges and are a little bit more complicated. If a reporter publishes inaccurate, negative information about a person that would injure that person’s reputation, the reporter is protected from defamation charges, because US law considers press freedom so important. For example, if Andy was charged with a crime and was found not guilty, the local news would have reported on the charges against him, regardless of their validity, and can’t be sued for defamation for doing so. If Andy was a famous person, he’d probably have to prove that untrue statements made about him were made with actual, provable intent to harm him; and if Andy was an elected official, that bar would be even higher: he would absolutely have to prove that the reporter was acting with malice when making an untrue statement about him.

Another example of qualified privilege comes up in employment law. Employers are allowed to give their full impression of an employee when they’re speaking to, for instance, a worker’s compensation carrier about an employee’s claim, or to an employee’s potential new employer during a check of references.

If you are facing a Internet defamation issue, contact the online defamation attorneys at Revision Legal at 855-473-8474.