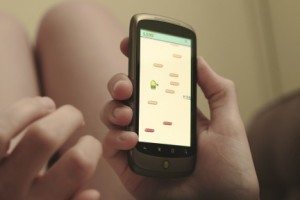 The gaming industry is projected to make $91.5 billion in revenue in 2015. This massive industry has become a spotlight for legal battles ever since the first mainstream Nintendo console, Atari, was released in 1985. Game developing is not like many other industries that only need to worry about one aspect of intellectual property law. Instead, legal issues for trademarks, copyrights, and patents all arise.

Games are typically created in three different platforms: mobile devices, consoles, and PCs. During its rise, the gaming world largely focused on console based games. Since then, the mobile device gaming industry has boomed. One of the top grossing mobile games in the market, “Clash of Clans,” pulled in an estimated $654,000 a day in 2014. This shift of gaming from console to mobile device is making it easier for smaller game developers to get their product out on the market without a large licensing fee from the console creators.

For a nominal fee, both the Apple App store and Android Google Play can place your app in the market for others to download. While the new marketplace makes it easier for developers to get their work out, it also opens the door to possible infringements of copyright, trademark, and patent, so it is crucial for developers to ensure that there are no potential infringement issues with their apps before the apps go on the market.

Many developers have been able to capitalize off of a storyline or character that is a product from their app; for instance, the sale of plush toys from the game “Angry Birds.” Once an app is created, it possesses immediate copyright protections in any form of that creation. If a game developer creates a story line that is able to produce any recognizable character, song, story, art, or graphical user interface design, then it is copyright protected under 17 U.S.C. § 102(a). By actively creating a scope of copyright protection with a mobile game attorney, the developers will be able to protect their products and ideas from potential character dilution and knockoffs, whether in other games or in physical recreations.

Trademarking the Name of the Video Game

Copyright laws do not protect the name of your developed games, and therefore need protection under the United States Patent and Trademark Office (USPTO). Receiving trademark protection for your game’s title allows for an indefinite duration of protection so long as you use the product.

Since the Supreme Court’s ruling in Alice Corp. v. CLS Bank, the software developing community has been hesitant about what it can and cannot protect under patent applications through the USPTO. While it is clear that the abstract notions of software coding cannot be patented without a new inventive end product, there are other ways to go about protecting a developer’s software. Since the entire game for a mobile device app is found within the software, instead of in the hardware like console-based games, it is imperative that developers protect this information.

Game developers have two options to protect such material. First, they can attempt to patent the material if the software shows inventive methods that are not normal for most coding applications to use. If the developer fears the coding is not sufficient to meet the inventive-method requirement, then the developers can always use non-disclosure agreements among its employees to maintain the privacy of such privileged information.

Mobile game developers must protect their products now more than ever. In a constantly shrinking world where information is easily obtainable, the best form of protection is pre-emption. If you have a mobile game developing needs, contact one of our Mobile Game Attorneys at 855-473-8474.