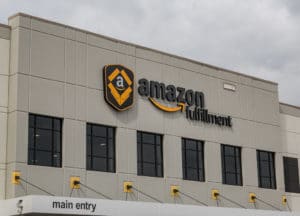 The number of companies or individuals who sell their products on Amazon has increased exponentially in the last few years.  As Amazon has grown in power, so have its sellers.  Total profits continue to sky-rocket and third-party sellers are making millions of dollars every day.  All of Amazon’s third-party sellers, responsible for more than half the total sales on the website, must sign a contract that binds them to a mandatory arbitration clause in the event of any dispute.  With so many sellers, Amazon has created a marketplace that is too difficult to oversee.  Third-party sellers are vulnerable to many different injuries:  losing control of their listings, having their inventory mislabeled, having competitors write fraudulent reviews, or even having Amazon freeze their account out without prior notice or warning.

Because sellers have signed the arbitration agreement in their contract with Amazon, they have no alternative to arbitration.  Amazon’s Arbitration Clause provides that the arbitration will take place in Washington.  It also states, in relevant part:

Amazon and you both consent that any dispute with Amazon or its affiliates or claim relating in any way to this Agreement or your use of the Services will be resolved by binding arbitration as described in this paragraph, rather than in court, except that (i) you may assert claims in small claims court that is a Governing Court if your claims qualify and (ii) you or we may bring suit in the Governing Courts, submitting to the jurisdiction of the Governing Courts and waiving our rights to any other jurisdiction, to enjoin infringement or other misuse of intellectual property rights.  There is no judge or jury in arbitration, and court review of an arbitration award is limited …

The arbitration will be conducted by the American Arbitration Association  (AAA) under its rules, including the AAA’s Supplementary Procedures for Consumer-Related Disputes.  Payment of all filing, administration and arbitrator fees will be governed by the AAA’s rules.  We will reimburse those fees for claims less than $10,000 unless the arbitrator determines the fees are frivolous…

Are the arbitration proceedings fair to third-party sellers?

In short, not in all cases. The costs of arbitration can be exhorbitant and cost-prohibitive for many sellers.  Depending on the amount in controversy, the cost of an arbitration can be exceedingly high.  For example, if a company had $200,000 worth of inventory damaged or destroyed, it would face incredibly high costs in arbitration.  Arbitrators can cost between $300 to $800 per hour.  A hearing will typically last longer than one day and each party will be given an opportunity to submit evidence and prove its case.  In addition, in the case of a suspended account, Amazon holds all the power.  For most sellers, suspended accounts may mean a loss of their primary source of income.  Although Amazon claims that the purpose of its arbitration clause is to allow sellers to resolve issues more expeditiously and less expensively, this is far from the truth.  That said, given that arbitration is the only alternative, sellers should become knowledgeable about the steps for filing for arbitration against Amazon.

What are the steps for filing for arbitration against Amazon?

Going to arbitration with Amazon can be a difficult and intimidating experience.  It can feel very akin to David waging an uphill battle against Goliath.  If you have a potential claim against Amazon, it is highly advisable to obtain the advice of knowledgeable legal counsel knowledgeable to ensure that you are making your strongest case.  Contact the Amazon seller attorneys at Revision Legal for a free consultation at (231) 714-0100.

Is Your Business Ready for Foreign Trademark Registrations? Five Reasons to Register Your Self-Employed Brand as a Trademark
7ads6x98y Scroll to top