Before snapping that photo of your delicious and ornately plated vegan omelet, make sure you get the light right. Get the proper angle, make sure the omelet is in a good mood—don’t be lazy! Why? Well, because that picture may be worth up to $90,000. We’re as surprised as you are. But instead of letting the excitement of a potential five-figure pay out fill you with joy, give anger a try, because you wont see a dime of that money. Instead, renowned artist infamous infringer Richard Prince will pocket that 90 large after blowing up the photo and adding a couple of fake Instagram captions. Genius!

Click here for a great BGR story on the topic.

This sounds illegal and it very well may be. At the outset it looks like blatant copyright infringement. In the US, copyrights are automatically granted simultaneous with creation. So all that work you did to make sure your vegan omelet looked as digitally delectable as it did in on your plate, probably earns you some decent legal protection for your photo. If someone was to take it and say . . . sell it for $90,000, you’d have a nice little lawsuit to file.

But Prince is no stranger to lawsuits. In 2011 he was sued for very similar infringement, and in 2013, the Second Circuit found Prince’s work constituted “Fair Use,” expanding the affirmative defense beyond the limits most scholars thought it could reach. See Cariou v. Prince, 714 F. 3d 694 (2d Cir. 2013). In that case, Prince took photographs of Rastafarians from a book owned and copyrighted by Patrick Cariou, added some flair of his own (as seen below), and sold the artwork for millions. 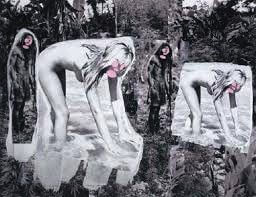 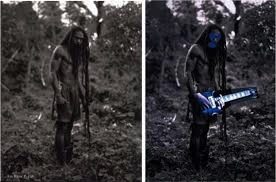 While the Fair Use test is historically and infamously unpredictable, fact-intensive, and subject to a lot of judicial discretion, the seemingly minor changes Prince made to Cariou’s work changed the landscape of Fair Use, at least in the Second Circuit.

Now Prince has taken it further. Artists are supposed to push boundaries, but should they constantly be pushing legal boundaries? Should they build careers off of other people’s creative work? One can assume a new lawsuit will be filed against Prince, and his chance to win this time around appears to be worse.

For more information about how to protect your own creative work, feel free to contact us at: https://revisionlegal.com/#contact.