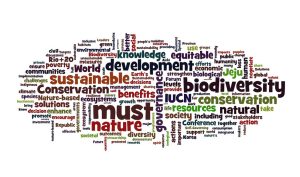 It’s so easy to become excited about the newest technology on the market today. Learning about all of the ways a new device can supposedly make life better and easier can be all-consuming. As a result, what often gets pushed to the back burner is the environmental impact of this new technology, and what happens when old gadgets go in the garbage.

Before considering the negatives of the IoT though, there are definitely some positives to consider.

First off, all of this wearable technology that can track sleep and movements, and yell at a wearer who’s decided not to to move for hours on end, can also track other information. This includes air quality, local radiation levels, and hazardous airborne chemicals, as well as many other environmental indicators. People living with asthma could be updated if they’re in environment that puts them at an increased risk of having an asthma attack. Individuals working in radiation-filled or otherwise hazardous environments could have a live feed of the health ramifications resulting from prolonged exposure and an alert that tells them when they need to leave.

The IoT has been used in the Netherlands to enhance their tulip growing, and a university in Chile discovered how to reduce water consumption on blueberry farms using the IoT.

However, it’s a mistake to think that only environmental positives are coming out of this ever-growing field. The largest environmental concern is currently waste management. This is the result of how quickly the field is evolving: within a year, “new” technology becomes “old” and outdated. The iPhone is a classic example of this, with Apple releasing a new model of the phone on an almost annual basis. Without giving it a second thought, users dispose of devices and replace them with the newest and best gadgets. Globally, 53 million metric tons of electronic waste was produced in 2013. This number will almost certainly increase, quickly, as newer technology emerges in the coming years.

Another problematic area for the environment is in the form of energy consumption and use of raw materials in building the devices. IoT networks require massive data centers and, because everything is live, there is a constant stream of information around the clock. Before the devices are even released to the public and put in use, though, they have to be built. The manufacturing process requires a huge amount of energy consumption. While companies sometimes try to move towards renewable energy sources, it still isn’t feasible in all cases, so as the need for more devices to be produced increases, so does the use of fossil fuels and other non-renewable energy sources.

Major companies are making the move towards renewable energy and are releasing information outlining their energy consumption, which does increase consumer awareness. But it’s a long, uphill battle and will take time for these changes to be fully implemented.

The IoT is a double-edged sword providing both amazing positives, but also major challenges. Hopefully, as the average consumer becomes more aware of these challenges, there will be a shift in the scale, and the positives of the IoT will begin to dramatically outweigh the negatives.

For more information regarding the IoT and its environmental impact, contact Revision Legal’s Internet attorneys through the form on this page or call 855-473-8474.