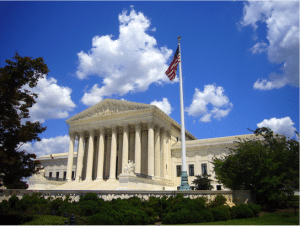 Semiconductor chips have become a popular and widely used product in almost all electronics today. Considering how ubiquitous these products are, it might be surprising to learn that the owners of these chips are extended large amounts of protection over their work.

In late 1984 Congress passed the Semiconductor Chip Protection Act (“SCPA”, also known as 17 USC §§901-914). This Act provides protective mechanisms to innovators (“mask work owners” in the Act) of original semiconductor chip products. The Act is part of the United States Copyright Act, meaning protections afforded and mechanisms for enforcement bear some resemblance to those found in other areas of Copyright Law. To learn more about the protections provided and who can hold these protections, see Part I of this two-part series.

Starting with section 910, the Act turns to consider enforcement of legal rights granted under the Act, and civil remedies should an owner’s rights be breached. This section provides that the owner can bring a claim against any individual or State that violates his rights and protections afforded under the Act once his product has been registered by with Copyright Office.

The Act then goes on to cover possible remedies available to the court in the event a civil action is brought. These can include the granting of temporary restraining orders, preliminary injunctions and permanent injunctions. Should the court find the infringer liable to the owner, the court will award actual damages suffered by the owner as a result of the infringement. This will often include any profits the infringer made from using and selling the owner’s technology in the infringer’s goods. Unlike many other areas of US civil law, in the case of infringement under the SCPA, the court is allowed to grant full recovery costs, including attorney’s fees, to the winning party. This provides a strong incentive to make a claim only in very solid cases.

There is also a Statute of Limitations element found in the Act, providing that an infringement claim is barred unless the action is started within three years after the claim has accrued.

As mentioned above, a claim for infringement can be brought against both individuals and States. The Act removes any possible immunity protections normally offered to States and governments, providing that the Eleventh Amendment of the US Constitution will not protect these parties.

The remainder of the Act, sections 912, 913, and 914 outline that the Act trumps State laws and other laws related to semiconductors. It also breaks down what is known as the “transitional period” where individuals are prevented from bring their claim for a period of time to give the government and judiciary time to establish an appropriate system to deal with these claims.

For more information about the SCPA, contact Revision Legal’s Copyright attorneys through the form on this page or call 855-473-8474.