An interesting 24 hours for Tony Magee saw the Lagunitas Brewing Company founder file a trademark infringement lawsuit in federal court, catch some flack via social media regarding the validity and motivations of the suit, and eventually announce via Twitter that the suit would be pulled. Apparently the court of public opinion delivered a strong enough ruling to entice Magee to back down.

The potential suit was filed in the Northern District of California on January 13th, and featured Lagunitas bringing four claims against Sierra Nevada Brewing Company for trademark infringement. Lagunitas claimed that the I-P-A lettering on Nevada’s Hop Hunter IPA six-pack carrier infringed on the Lagunitas IPA carrier. Lagunitas claimed that the spacing between the letters was too similar, and that because Nevada was known to collaborate with other brewers, the similarity in the lettering might lead consumers to believe Lagunitas was involved in production of Hop Hunter. 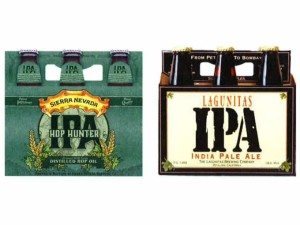 In trademark infringement cases, a valid trademark can be defended against similar marks by proving a likelihood of consumer confusion. Courts have developed certain factors to help guide them in determining whether or not the similar mark is likely to confuse. Courts looks to the:

In Lagunitas’s case, the chances of winning were slim at best. The most interesting part of the story, however, is that after announcing the filing of its suit, Lagunitas let the public voice its opinion regarding the strength of the case. When Lagunitas found little to no support, Magee tweeted that he was dropping the suit, and thanked the public for its contribution. The craft brewery scene, typically void of contentiousness between companies, appeared to have played a role in Magee’s decision to withdraw.

While the lawsuit, which kicked off a rapid and somewhat confusing 24 hours, will never see a judge, the power of social media was once again on display, convincing a litigious business owner to hold back and live to fight another day.