Legal issues in virtual reality are quickly becoming more complex. While virtual reality is not necessarily a new technology, its increased use is bringing up more legal questions than ever before. How are copyrights and trademarks used and protected in virtual reality? What issues can virtual reality raise regarding defamation? How are these issues litigated in regard to different levels (e.g. users, developers, or platform manufacturers)? All of these questions will be addressed below.

Trademark and Copyright in Virtual Reality

A copyright is a form of protection provided to creators of original works such as literature, music, visual arts, architecture, and computer programs. Rights associated with copyrights give the owner exclusive right to reproduce the work, prepare a derivative of the work, and display the work publicly. A trademark is any word, name, symbol, or device used in commerce to indicate the source of a good. Trademarks are used to identify and distinguish goods sold by one person from those of another.

The overarching principle attached to copyrights in virtual reality (and in real life) is that any reproduction of another person’s creation, whether it be visual graphics, music, or the computer program itself is likely to be an infringement on that person’s copyright. However, rights involved with copyrights are not unlimited. If a person, wholly independently, creates something that another person has already created, that does not count as a copyright infringement so long as the secondary creator was genuinely unaware of the previous creation.

Trademark usage and infringement can differ from copyrights due to the requirement that in order to show infringement of a trademark, the trademark needs to be used in commerce by someone other than its owner. If someone in a virtual world creates a digital Mercedes Benz complete with the distinctive hood ornament, they have not technically infringed upon the trademark. However, there can be potential legal issues with the use of trademarks in a virtual world where currency can be traded, as now commerce has entered the picture.

This analysis is just the tip of the iceberg regarding the legal issues in virtual reality regarding trademarks and copyrights. However, at the end of the day, there are a lot of similarities when dealing with trademark and copyright laws in the real world and in virtual reality. That being said, as the technology evolves and becomes more immersive there are bound to be new issues on the horizon.

Defamation occurs when one person makes a false or groundless statement about a person to a third party that causes reputational harm. Defamation can be carried out by word of mouth, called slander, as well as through writing, called libel. There are arguments that defamation legal issues in virtual reality should be litigated in real courts where people endure real reputational harm from virtual attacks. Some developers of virtual worlds have already expressly acknowledged in their terms of use that they will not allow users to engage in defamatory conduct. While the suffering from digital defamation can be real, it is much harder to establish credible evidence of such defamation than it is for defamation that has occurred in the real world.

Defamation law is a very complex beast and gets even more complex when approached in the digital era. Considerations such as whether a person’s online character is their intellectual property and where the line is drawn between a virtual world and the real world only complicates things further. In the coming years this issue will be more and more prevalent.

As described above, legal issues and potential litigation arising out of user conduct can be extremely complex, but that is only a small slice of the pie. There has been legislation enacted, the Digital Millennium Copyright Act, which provides guidelines for how a copyright holder can notify a platform operator of potential infringement in a virtual world. While this provides an opportunity for protection, it can also provide opportunities for competitors to wage real world wars regarding their virtual worlds.

There are also potential legal issues in virtual reality that can arise between users and developers. One major issue is whether a user owns what they create in a virtual world or if they give up ownership rights through terms of service. Users have brought actions that argue suspension of their accounts deprives them of their virtual goods. SeeEvans v. Linden Research, Inc. Courts often give deference to terms of service agreements that are standard across the virtual world, but there is potential to fight these contracts.

If the legal world was not complex enough, it is only going to get more complex as virtual worlds continue to grow. As a larger portion of the population starts joining virtual worlds and more money is exchanged through that medium, more real world legal questions will need to be answered. 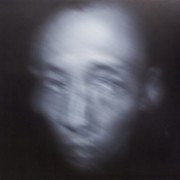 Who Do I Sue if I Don’t Know Who Defamed? 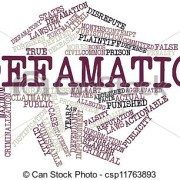 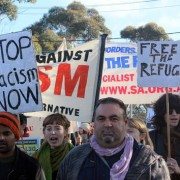 Removing Defamation from YouTube Internet of Things Series Part I: What is the IoT and the Associated Privacy...
7ads6x98y Scroll to top